Why does Louisiana not have counties?

The State of Louisiana does not have "counties" as regional governments below the state level, but instead has "parishes". The only state besides Louisiana not to have counties is Alaska, which has "boroughs".

Louisiana was officially Roman Catholic under the rule of both France and Spain. The boundaries dividing the territories generally coincided with church parishes. In 1807, the territorial legislature officially adopted the ecclesiastical term "parish".

The original parishes were established in 1807. In 1910, the final four parishes were created, i.e., Evangeline, Allen, Beauregard, and Jefferson Davis.

Today, Louisiana has 64 parishes, as shown in the table below. 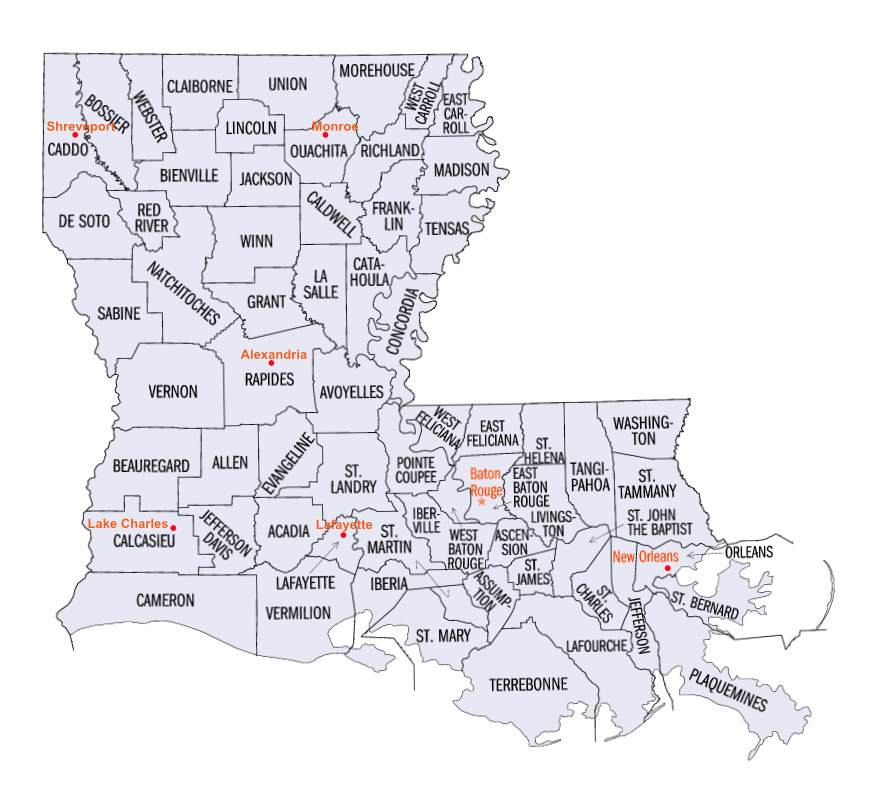