The state bird is the Brown Pelican, and the state flower of Louisiana, the Magnolia.

The official flag of Louisiana has a solid blue background with the coat-of-arms of the state, the pelican feeding its young, in white in the center, with a ribbon beneath, also in white, containing in blue the motto of the state, "Union, Justice and Confidence".

Louisiana does not have "counties", but instead has 64 "parishes". It is bordered by Texas to the west, Arkansas to the north, Mississippi to the east and the Gulf of Mexico to the south.

The executive branch is headed by an elected governor, currently Jon Bel Edwards, and the Louisiana Legislature consists of the House of Representatives (105 members) and Senate (39 members).

Louisiana covers an area of 51,855 square miles. The highest point in the state is Driskill Mountain with an elevation of 535 feet above sea level.

It is 31st among the states in size, and the 25th most populous.

Its population in 2016 was 4,682,000 residents. The most populous parish is East Baton Rouge parish.

The Louisiana capitol is in Baton Rouge, and the largest city is New Orleans. Other large cities include Shreveport, Lafayette, Lake Charles, Monroe, Alexandria, Bossier City, Houma and Kenner. 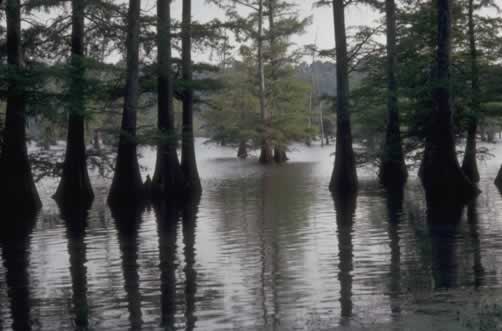 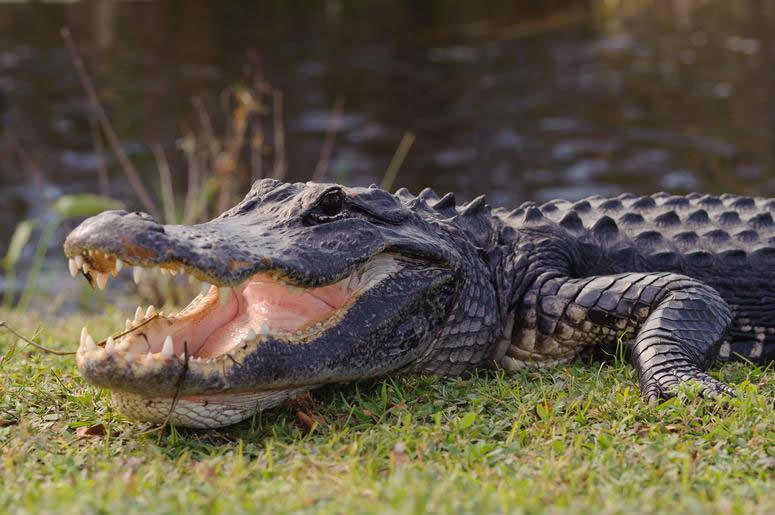 read more about the Capitol, and view photographs, on Louisiana-Destinations